Russia halts launch of European satellites in retaliation for sanctions 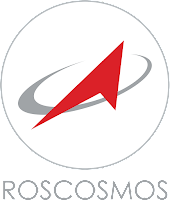 After veiledly threatening to drop the International Space Station on our heads, Roscosmos head Dmitry Rogozin has begun to execute his list of retaliation for European and American sanctions. First, he has ordered a halt to all European satellite launches on Soyuz rockets. He has also kicked NASA out of the joint mission to Venus.

As Space.com points out, the Russian space agency has announced the first measure on Twitter reproducing Rogozin's order: "in response to EU sanctions against our companies, Roscosmos suspends cooperation with European partners in organizing space launches from the Kourou Cosmodrome, withdrawing its personnel, including the consolidated launch team, from French Guiana.” 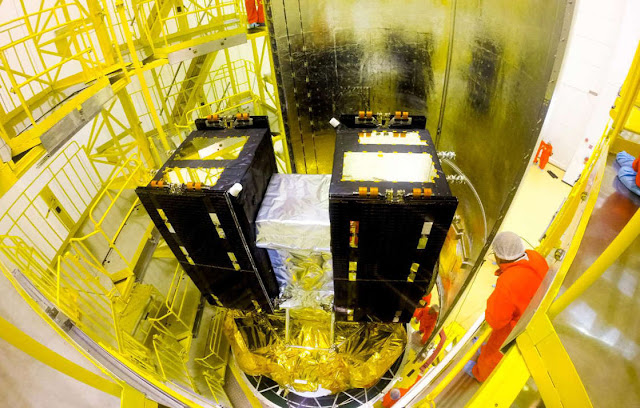 Image above: Satellites 9 and 10 of the European Galileo global positioning program in a archive photo (Arianespace).

The first victim will be the launch of two satellites of the Galileo global positioning system, which were to be launched in April in a Soyuz from the European space base in South America. Roscosmos and the Arianespace space consortium have carried out Soyuz rocket launches both from the European space facilities in French Guiana and from the Baikonur Cosmodrome in Kazakhstan. According to Roscosmos, they have 87 technicians in French Guiana, but they still "have not resolved the issue of the departure of Russian employees."

The Russian move comes after the US put Russian aerospace companies on its blacklist that prohibits trade with any American company, as well as European economic sanctions. Europe has also banned any Russian aircraft from its airspace, but it is unclear whether this includes Soyuz rockets, which are bought by Arianespace.

The Russian move seems like a response with no real effect, as Western measures would have effectively prevented these launches by canceling any kind of payments to Russian companies involved in the launches.

Europe has responded quickly in the mouth of Thierry Breton, the European Commissioner for Space: "I confirm that this decision has no consequences for the continuity and quality of the Galileo and Copernicus services. This decision does not put the continued development of these infrastructures at risk either" . 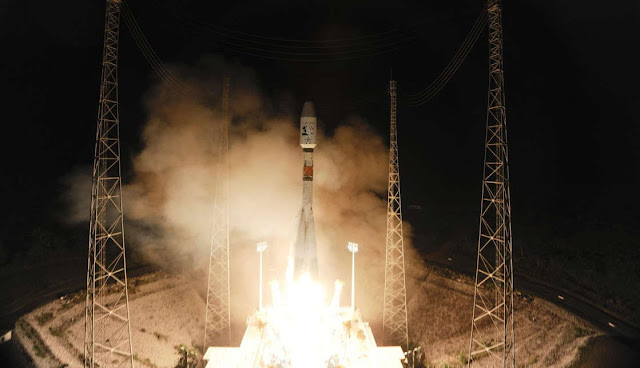 The measure of the cancellation of Soyuz flights for European companies and institutions also affects missions to the space station and the ExoMars mission, which was a joint mission between ESA and Roscosmos to launch and operate a rover designed primarily to search for evidence of life on Mars. According to ESA director Josef Aschbacher, they will continue to work normally despite the Russian measure while they watch what happens in Ukraine.

Retaliation against the United States?

The United States has also been the object of Rogozin's wrath even though the measures of the Biden administration have the same effect as the alleged Russian retaliation. Roscosmos reproduced in a tweet Rogozin's order regarding the next mission to Venus, which had the collaboration of NASA: "in the context of the introduction of new sanctions and the preservation of previously imposed sanctions, I consider inappropriate the continued participation of the United States in the Russian project for the development and creation of an interplanetary station Venera-D”.

Russia has more to lose than anyone. On the one hand, the Venera-D needed collaboration and dollars from NASA. On the other hand, the Russian aerospace complex has serious economic problems caused by mismanagement, rampant corruption denounced by its own engineers and obsolete technology from the Soviet era that, according to experts, has suffered a serious deterioration in its security because the Russians They no longer have the Soviet-era technicians who knew every detail to keep systems running smoothly. 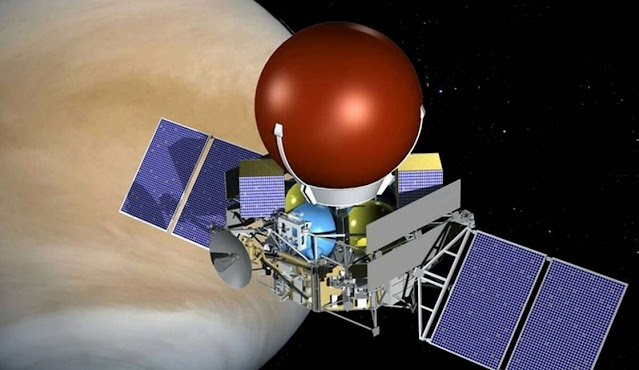 Image above:  Illustration of the Venera-D probe, the Russian return to Venus with the help of NASA (Roscosmos).

The result of this decline is that fatal or serious incidents have skyrocketed in recent decades. According to the Planetary Society — a non-governmental organization dedicated to monitoring and promoting space exploration for scientific purposes — from 2011 to 2016 the Russians had 15 serious problems with their rockets that ended in the destruction or disablement of satellites and cargo ships. Other problems affected international operations, such as when the ISS began to leak oxygen through a hole in a Soyuz MS-09 spacecraft attached to the station. Initially — the Russian news agency RIA Novosti reported — it was caused by an RSC Energia worker.

This time, the language of Rogozin's actions is not as ominous as his threats on the ISS — neutralized by Elon Musk's statements about a possible role for SpaceX in keeping the ISS in orbit — but it is one more step in the escalation of tension that is affecting space collaboration between Russia and the rest of the world powers.

All this is distressing, it does not respect the "space truce", I hope that the governments will come to their senses, my support and solidarity with the cosmonauts and astronauts and with the affected populations.  Roland Berga.