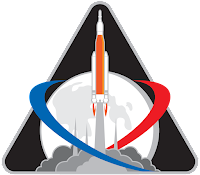 The rocket that will launch NASA’s Orion spacecraft with the European Service Module to the Moon has been moved to the launchpad in Florida, USA, for its first full test before the Artemis I launch later this year. 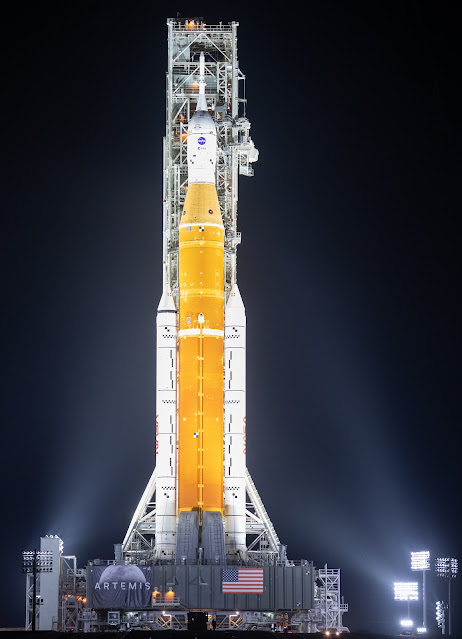 Image above: NASA’s Space Launch System (SLS) rocket with the Orion spacecraft aboard is seen illuminated by spotlights atop a mobile launcher at Launch Complex 39B, Friday, March 18, 2022, after being rollout out to the launch pad for the first time at NASA’s Kennedy Space Center in Florida. Ahead of NASA’s Artemis I flight test, the fully stacked and integrated SLS rocket and Orion spacecraft will undergo a wet dress rehearsal at Launch Complex 39B to verify systems and practice countdown procedures for the first launch. Image Credit: NASA.

The Space Launch Systems rocket (SLS), with Orion atop it, left the Vehicle Assembly Building at NASA’s Kennedy Space Center at around 23:00 CET (22:00 GMT) on 17 March to begin its 6.5 km trip to Launchpad LC39B. 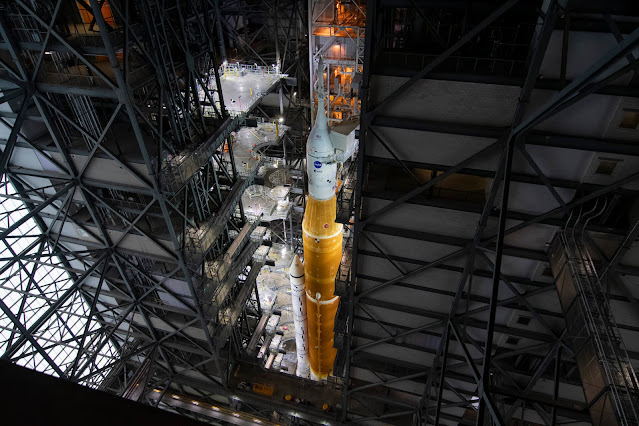 The first Artemis mission will send Orion to the Moon and back, farther than any human-rated spacecraft has travelled before. ESA’s European Service Module is the powerhouse that fuels and propels Orion and provides everything needed to keep astronauts alive, including water, oxygen, power and temperature control.

A short but long trip

While the rocket will propel Orion to supersonic speeds, the rocket itself is moved slowly but securely to the launchpad. Traveling at a maximum speed of just 1.3 km/h, the 6.5-km voyage took nearly 12 hours to complete on a specially designed crawler vehicle. 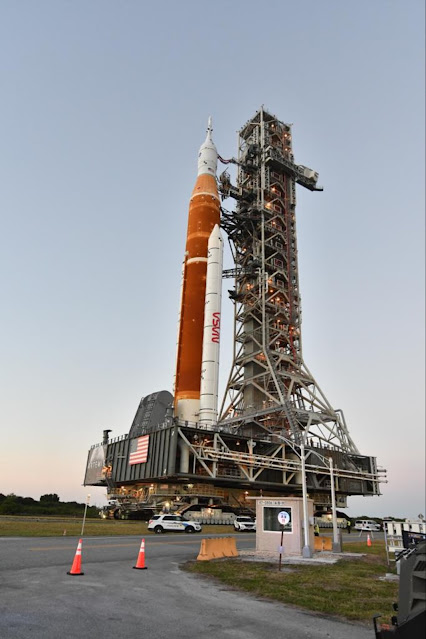 Launching Orion and the European Service Module into Earth orbit and onto the Moon requires a huge amount of energy and the size of the mega-Moon rocket SLS is hard to convey in photos.

At 100 m tall, it is roughly the height of the Elizabeth Tower (Big Ben) in London, UK, or 16 giraffes stacked on top of each other. If you laid the rocket on the ground, it would take over a minute to walk from the engines to the tip of the launch abort system.

“Seeing the complete rocket on the launchpad with the ESA and NASA logos on the fairing is an amazing view,” says ESA’s Pierre Boisvert on location, “to think that the European Service Module is inside there, ready to power a human-rated spacecraft to the Moon and back is a spine-tingling moment.

“Many of us in the ESA team have been working for years with our NASA partners on this spacecraft, and to see it on the launchpad is driving it home, we are going forward to the Moon!” 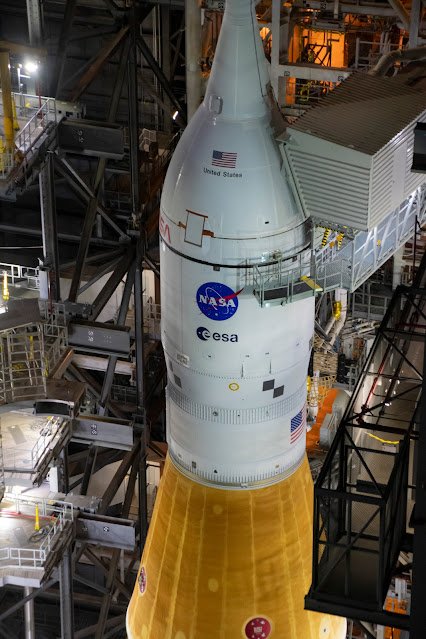 Logos on the Moon rocket

The first Artemis mission will be without astronauts, but it will include two mannequins to chart radiation received during the trip in deep space.

Meanwhile the second and third Artemis missions are being prepared for their launch. The second European Service Module is undergoing pressure checks to ensure the welds connecting it to the rest of the Orion spacecraft were done correctly. This service module will power the first Artemis mission with astronauts around the Moon. 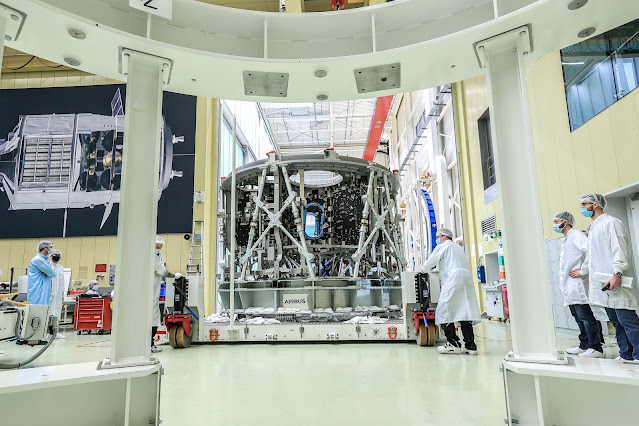 The third European Service Module is being built up in Bremen, Germany, after the structure arrived from Torino, Italy. Technicians at the Airbus integration hall have started laying kilometres of electric cables, the groundwork for sharing information and sending commands in the advanced Orion spacecraft. It has the honour of powering the Artemis III mission that will send astronauts to the Moon’s surface for the first time in over 60 years.