August will be hot on the launch pad's! 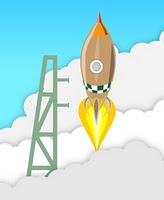 Hot on the launch pad logo.

Several rocket launch will take place in August, including two on the same day (if they are not postponed due to weather).

Juno Set to Launch For Jupiter on Aug. 5 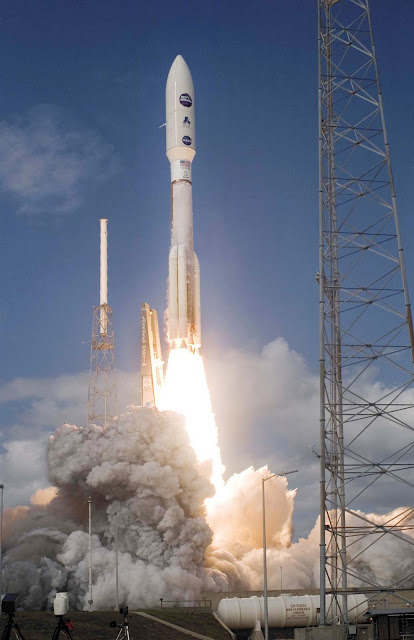 Atlas V-551 rocket launch
Juno will arrive at Jupiter in July 2016 and orbit its poles 33 times to learn more about the gas giant's interior, atmosphere and aurora. Juno will get closer to Jupiter than any other spacecraft and will provide images and the first detailed glimpse of its poles. 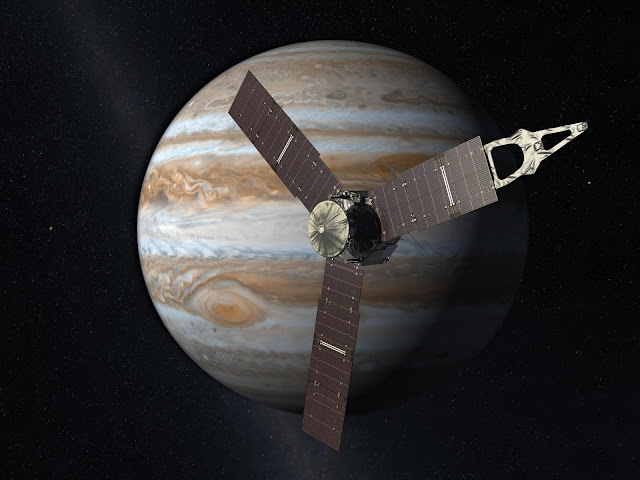 Image above: NASA's Juno spacecraft passes in front of Jupiter in this artist's depiction. The Juno mission is the first of NASA's three planetary missions launching this year, making 2011 one of the busiest ever in planetary exploration. Image credit: NASA / JPL-Caltech.

JPL manages the Juno mission for principal investigator Scott Bolton. The Juno mission is part of the New Frontiers Program managed at NASA's Marshall Space Flight Center in Huntsville, Ala. Lockheed Martin Space Systems of Denver built the spacecraft. Launch management for the mission is the responsibility of NASA's Launch Services Program at the agency's Kennedy Space Center in Florida. JPL is a division of the California Institute of Technology in Pasadena.

More information about Juno is available at: http://www.nasa.gov/juno and http://missionjuno.swri.edu

Liftoff is scheduled for Friday 5 August 2011. 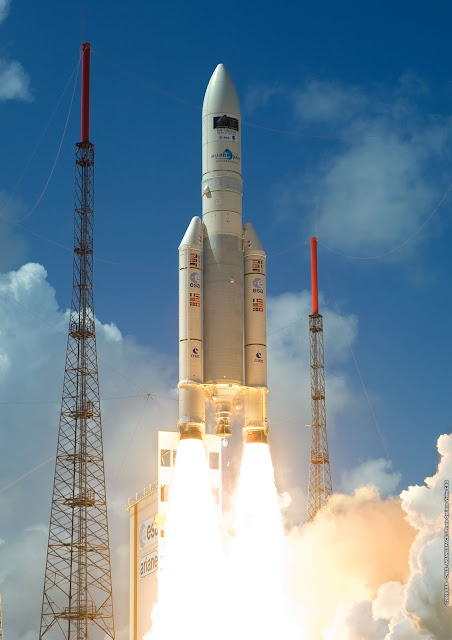 Liftoff of the Ariane 5 ECA launcher is now scheduled for:

Express AM4 Satellite Launch to Baikonur

The Express AM4 satellite, designed and manufactured by Astrium teaming with Russian Khrunichev for RSCC.

The satellite will undergo preparation for its launch by a Khrunichev Proton Breeze M vehicle on August 18, 2011. 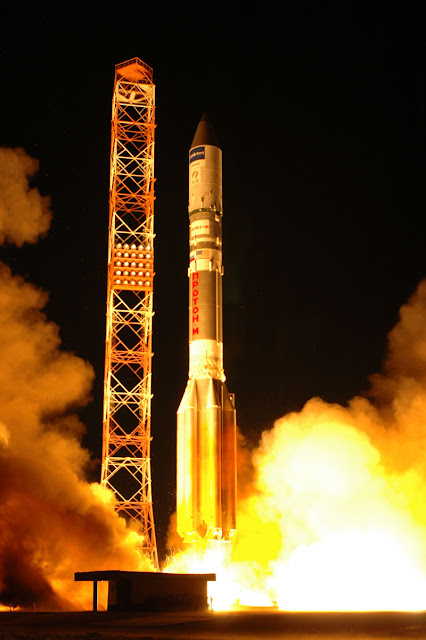 Proton Breeze M launch
Express AM4, to be positioned at 80°E, is the largest Express satellite ever ordered by national Russian operator RSCC. The satellite will provide telecommunication services for Russia and the CIS.