ESA’s GOCE satellite is not only mapping Earth’s gravity with unrivalled precision, but is also revealing new insight into air density and wind in space. This additional information is expected to improve the design and operation of future Earth observation missions.

Most satellites orbit Earth higher than 400 km. Lower than that and atmospheric drag causes them to slow down quickly and reenter the atmosphere prematurely.

This posed a problem for the designers of the GOCE mission. They needed to fly the satellite much closer to Earth, at around 270 km, so that the gradiometer instrument could measure tiny variations in the gravity field with high precision.

The solution was to equip the satellite with an electric ion engine. This novel system continuously generates tiny thrusts to compensate for the drag GOCE experiences as it orbits through the remnants of Earth’s atmosphere.

The design has proven to work extremely well and this extraordinary satellite has been making measurements for more than three years.

What was considered a complication at the design stage of the mission has now become an opportunity for further scientific investigation.

A team led by Delft University of Technology in the Netherlands is combining GOCE accelerometer measurements with data on the activation of the ion thrusters.

The aim of the study, which is being carried out within ESA’s Earth Observation Support to Science Element, has little to do with mapping the gravity field. Instead, the data are used to learn more about air densities and wind speeds that the satellite encounters along its orbital path.

Crosswinds in space from GOCE

The first results of this investigation show fine details of space weather at this altitude, confirming the usefulness of the GOCE instruments for this additional application.

The information has many practical uses relating to estimating how long a satellite will function in space, establishing propellant budgets, optimising mission orbits, planning reentry operations and avoiding collisions with space debris.

The density and wind data will soon be ready for further analysis by experts in upper atmospheric and space physics.

The GOCE density measurements are lower than those predicted by models. This is in line with the results of other recent investigations, which suggest that the upper atmosphere has been cooling and contracting over the last decades. 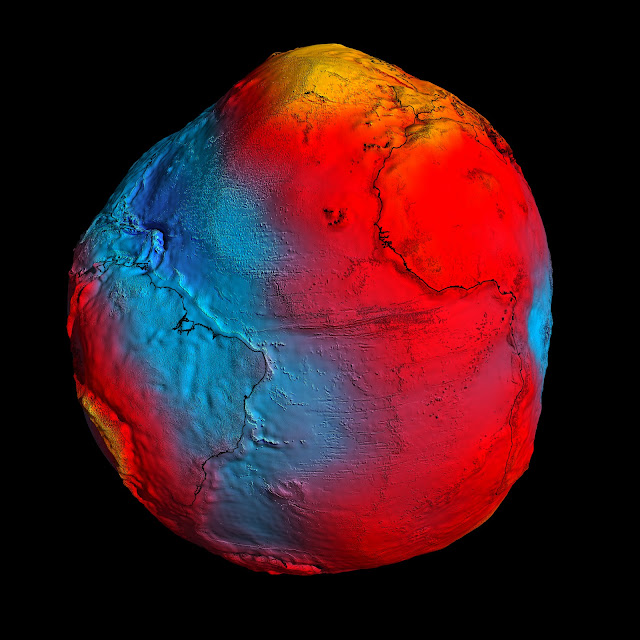 There was an additional drop in temperature and density around the time GOCE was launched.

The causes of these drops are only partly understood. However, GOCE has benefited from the current environment, using far less propellant than predicted.

These measurements will continue to be used to improve our knowledge of the gravity field as well as the upper atmosphere.