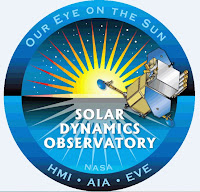 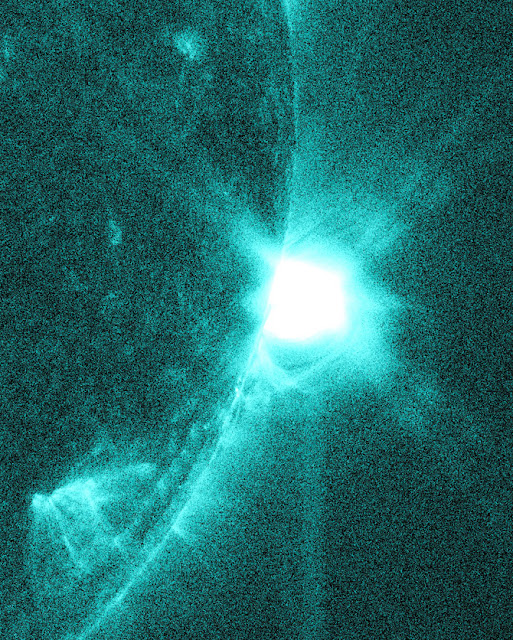 This image was captured by NASA's Solar Dynamics Observatory (SDO) on July 19, 2012 of an M7.7 class solar flare. The image represents light in the 131 Angstrom wavelength, which is particularly good for seeing flares, and which is typically colorized in teal. Credit: NASA / SDO.

The sun emitted a mid-level solar flare on July 19, 2012, beginning at 1:13 AM EDT and peaking at 1:58 AM. Solar flares are gigantic bursts of radiation that cannot pass through Earth's atmosphere to harm humans on the ground, however, when strong enough, they can disrupt the atmosphere and degrade GPS and communications signals. 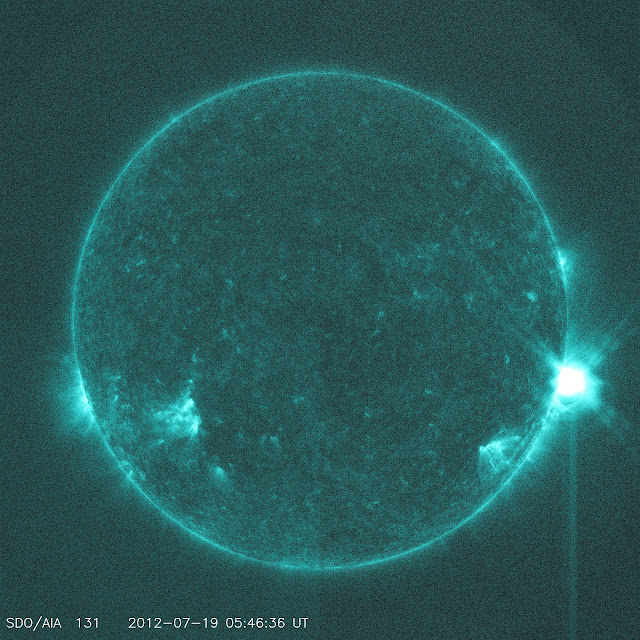 This image was captured by NASA's Solar Dynamics Observatory (SDO) on July 19, 2012 of an M7.7 class solar flare. (Complete Sun).

The flare is classified as an M7.7 flare. This means it is weaker than the largest flares, which are classified as X-class. M-class flares can cause brief radio communications blackouts at the poles.

Increased numbers of flares are currently quite common, since the sun's standard 11-year activity cycle is ramping up toward solar maximum, which is expected in 2013. It is quite normal for there to be many flares a day during the sun’s peak activity.

Updates will be provided as they are available on the flare and whether there was an associated Earth-directed coronal mass ejection (CME), another solar phenomenon that can send solar particles into space and affect electronic systems in satellites and on Earth. 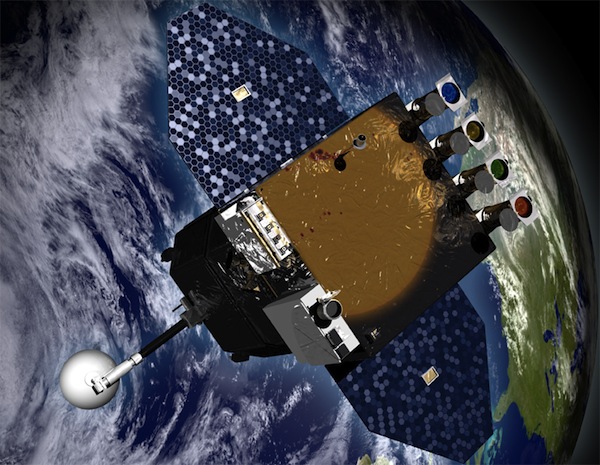 What is a solar flare? What is a coronal mass ejection?

For answers to these and other space weather questions, please visit the Spaceweather Frequently Asked Questions page: http://www.nasa.gov/mission_pages/sunearth/spaceweather/index.html