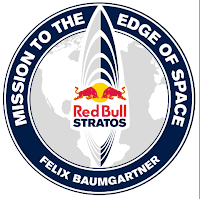 Red Bull Stratos - Mission to the Edge of Space patch.

The Austrian Felix Baumgartner jumped from 43 years on Sunday of over 39,000 meters and he crossed the sound barrier!

He took up the challenge. The Austrian Felix Baumgartner broke the world record free-fall in the sky of New Mexico in the southwestern United States. According BFMTV and sponsor Rebull, the parachutist broke the sound barrier. Lequipe.fr for the Austrian has only approached the sound barrier with a speed of 1340 km/h. 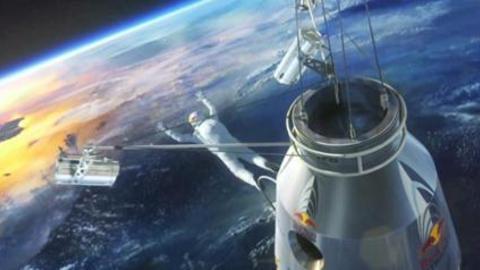 Felix Baumgartner jumped from 43 years on Sunday of over 39,000 meters (Artist's view)

Felix Baumgartner was installed in a capsule attached to this ball made of very thin layers of plastic virtually transparent, ultra-light material for up to 36 000 meters, three times higher than a commercial airliner . The ascent of the balloon to the stratosphere lasted 2:30. 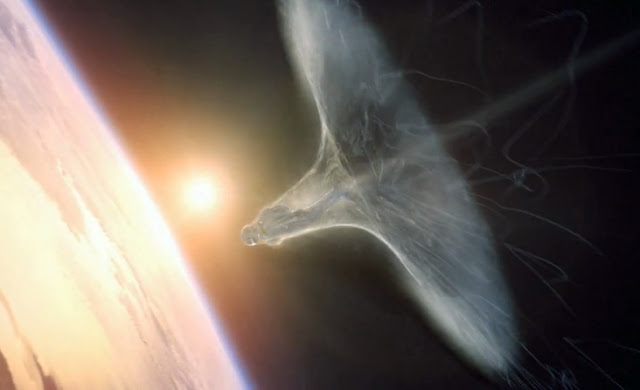 The skydiver Felix Baumgartner has passed the sound barrier in free fall. He ran his capsule attached to a helium balloon to 39,000 meters.

And the weather was appointment. Perfect weather we know, in the desert of New Mexico, "one or two days per week at this time of the year," according to the organizers of the event. Indeed, it is the wind that forced the adventurer to cancel Tuesday for the third time in the last minute, his attempt. The balloon was inflated and almost ready to leave when the wind strengthened, making the adventure too perilous. 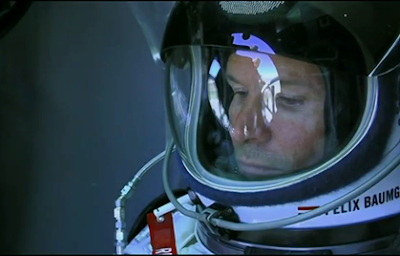 Felix Baumgartner in the ascent capsule

Once at 39,000 meters, Felix Baumgartner, with a pressure suit protecting a temperature of -68 ° C, opened the door of his cap and threw himself into space, plunging headfirst for more speed. 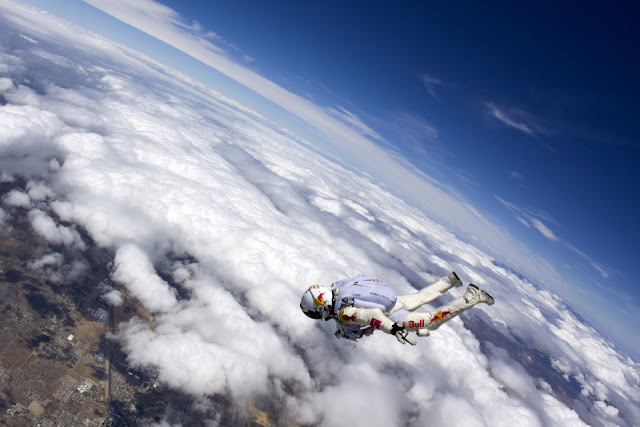 The jump was broadcast live through more than 35 cameras on the ground and in the air, some attached to the combination of the parachutist.

The 43-year Austrian trains for five years for that jump. The greatest danger for him to lose control and start rotating on itself, resulting in a loss of knowledge that could cost him his life.

The strength of the pressure suit is also essential. Any tear and sudden depressurization could boil the blood of the parachutist. "And I know that this experience will also help to build pressure suits even safer for pilots and space travelers," he said.

The record parachute freefall had been held since 1960 by a former colonel in the U.S. Air Force, Joe Kittinger, who, from a helium balloon, jumped from 31,333 m. The veteran of 83 years is also part of the team behind Red Bull Stratos Felix Baumgartner.

Red Bull Stratos, a mission to the edge of space, will attempt to transcend human limits that have existed for 50 years. Supported by a team of experts Felix Baumgartner plans to ascend to 120,000 feet in a stratospheric balloon and make a freefall jump rushing toward earth at supersonic speeds before parachuting to the ground. His attempt to dare atmospheric limits holds the potential to provide valuable medical and scientific research data for future pioneers. 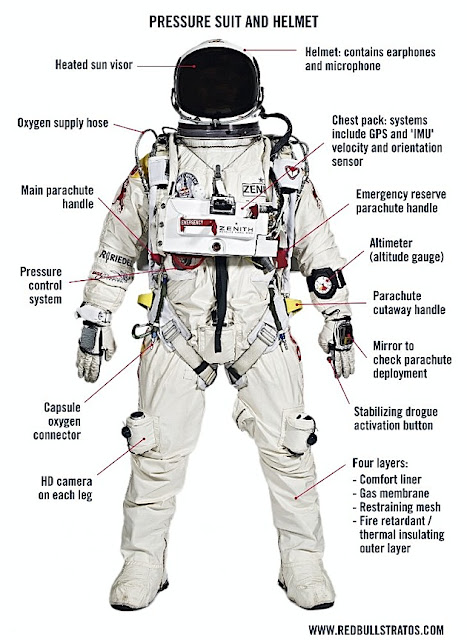 Joe's record jump from 102,800 ft in 1960 was during a time when no one knew if a human could survive a jump from the edge of space. Joe was a Captain in the U.S. Air Force and had already taken a balloon to 97,000 feet in Project ManHigh and survived a drogue mishap during a jump from 76,400 feet in Excelsior I. The Excelsior III mission was his 33rd parachute jump.

Although researching extremes was part of the program's goals, setting records wasn't the mission's purpose. Joe ascended in helium balloon launched from the back of a truck. He wore a pressurized suit on the way up in an open, unpressurized gondola. Scientific data captured from Joe's jump was shared with U.S. research personnel for development of the space program. Today Felix and his specialized team hope to take what was learned from Joe's jumps more than 50 years ago and press forward to test the edge of the human envelope.

Red Bull Stratos medical director Dr. Jonathan Clark, who was the crew surgeon for six Space Shuttle flights, wants to explore the effects of acceleration to supersonic velocity on humans: "We'll be setting new standards for aviation. Never before has anyone reached the speed of sound without being in an aircraft. Red Bull Stratos is testing new equipment and developing the procedures for inhabiting such high altitudes as well as enduring such extreme acceleration. The aim is to improve the safety for space professionals as well as potential space tourists."