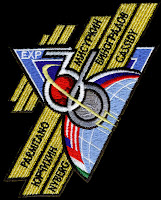 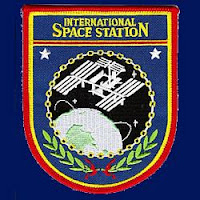 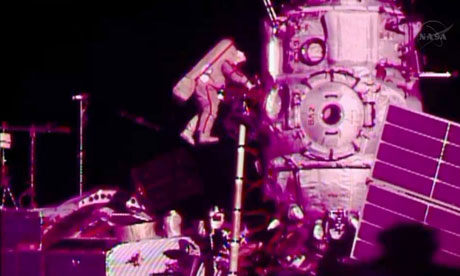 Clad in Russian Orlan spacesuits, Expedition 36 Flight Engineers Fyodor Yurchikhin and Alexander Misurkin opened the hatch to the Pirs docking compartment to begin their spacewalk at 10:39 a.m. EDT. The duo will spend about 6.5 hours rigging cables for the future arrival of a Russian laboratory module and installing an experiment panel.

The cosmonauts will first set up a Strela cargo boom on the Poisk mini-research module so Misurkin can maneuver Yurchikhin with cables to the Zarya module near the Unity node. Yurchikhin will then begin rerouting a cable connector and installing cables on Zarya. 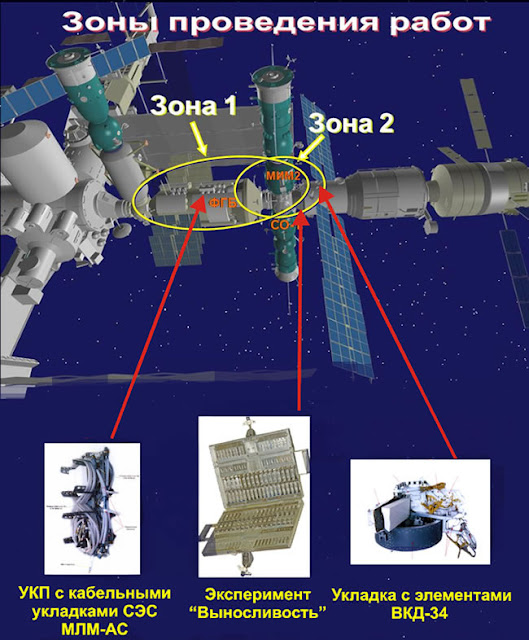 ROSCOSMOS Description of the elements and cables installation

While Yurchikhin is working on Zarya, Misurkin will be installing an experiment panel on Poisk. The experiment, named Vinoslivost, exposes materials to the space environment so scientists can study the changes in their properties. He will then install two connector patch panels and gap spanners on Poisk.

After completing the Poisk work Misurkin will join Yurchikhin and assist him with the Ethernet cable installation work on the Zarya cargo module. The duo will go back and forth between Zarya and Poisk routing and installing the cable at various points and securing the cable’s slack. 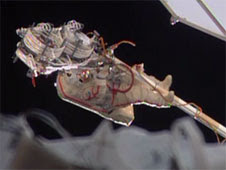 Image above: Fyodor Yurchikhin rides on the tip of a Russian crane, the Strela cargo boom, to his work site on the Zarya module to install and route ethernet and power cables. Image Credit: NASA TV.

Once the cable installation is complete the spacewalkers will translate to Pirs and conduct an inventory of their spacewalk tools. The duo will then reenter Pirs and close its hatch officially ending Russian EVA 34. If Yurchikhin and Misurkin are ahead of their timeline they may be able to reposition and stow the Strela cargo boom.

The cable work outside the station’s Russian segment prepares the orbital laboratory for the arrival of the “Nauka” Multipurpose Laboratory Module. The “Nauka” is planned for a launch atop a Russian Proton rocket to replace Pirs. 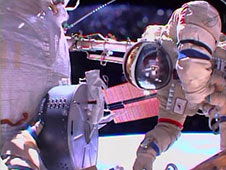 Image above: Fyodor Yurchikhin rides on the tip of a Russian crane, the Strela cargo boom, to his work site on the Zarya module to install and route ethernet and power cables. Image Credit: NASA TV.

For the duration of the spacewalk, station Commander Pavel Vinogradov and Flight Engineer Chris Cassidy will be isolated to the Poisk module and their Soyuz TMA-08M spacecraft while Flight Engineers Karen Nyberg of NASA and Luca Parmitano of the European Space Agency will be free to move about the U.S. segment of the complex.

The spacewalk is the 172nd in support of station assembly and maintenance, the seventh in Yurchikhin’s career and the second for Misurkin. The two will venture outside Pirs again on Aug. 22 to replace a laser communications experiment with a platform upon which a small optical telescope will be mounted during a future spacewalk.