CERN engineers have been working through the night this week to move the final replacement dipole magnets into position on the Large Hadron Collider (LHC). Though there are several still to go, the teams expect to have completed the task by the end of this month.

Dipole magnets bend the paths of particles as they travel around the circular accelerator. Of the LHC's 1232 dipoles – each 15 metres long and weighing 35 tonnes – 15 are being replaced as part of the long shutdown of CERN's accelerator complex. These 15 magnets suffered wear and tear during the LHC's first 4-year run. Three quadrupole-magnet assemblies – which help to focus particles into a tight beam – have also been replaced.

Moving such heavy magnets requires specially adapted cranes and trailers both above and below ground.

So to move the final magnets into place, engineering crews had to descend in lifts at the ALICE access point, then walk or cycle the 2 kilometres below ground to SMI2, a point on the LHC ring with a heavy crane and access shaft wide enough to lower dipoles. 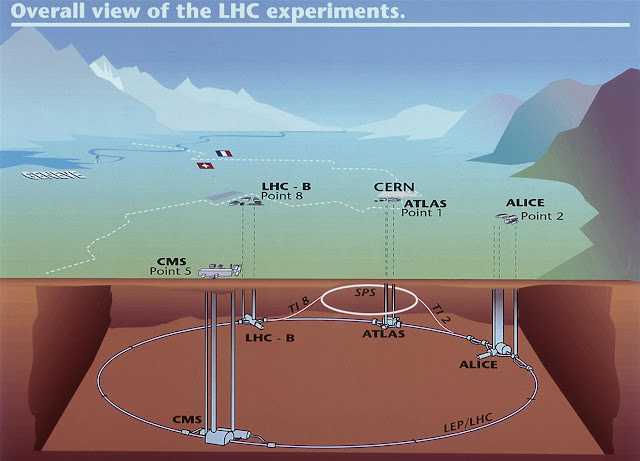 Once the magnets are below ground, a specialized trailer carries them to where they are needed. Sensors fitted below the trailer enable it to automatically read and follow a white line in the centre of the tunnel floor. The trailer stops whenever there is a break in the white line. This security measure ensures that the replacement dipoles get to where they are needed in a safe and timely fashion.

Replacing magnets is not the only work for LHC engineers. Download a diagram of the main consolidation activities at the accelerator: http://cds.cern.ch/record/1516031?ln=en