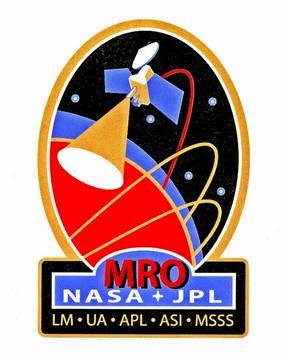 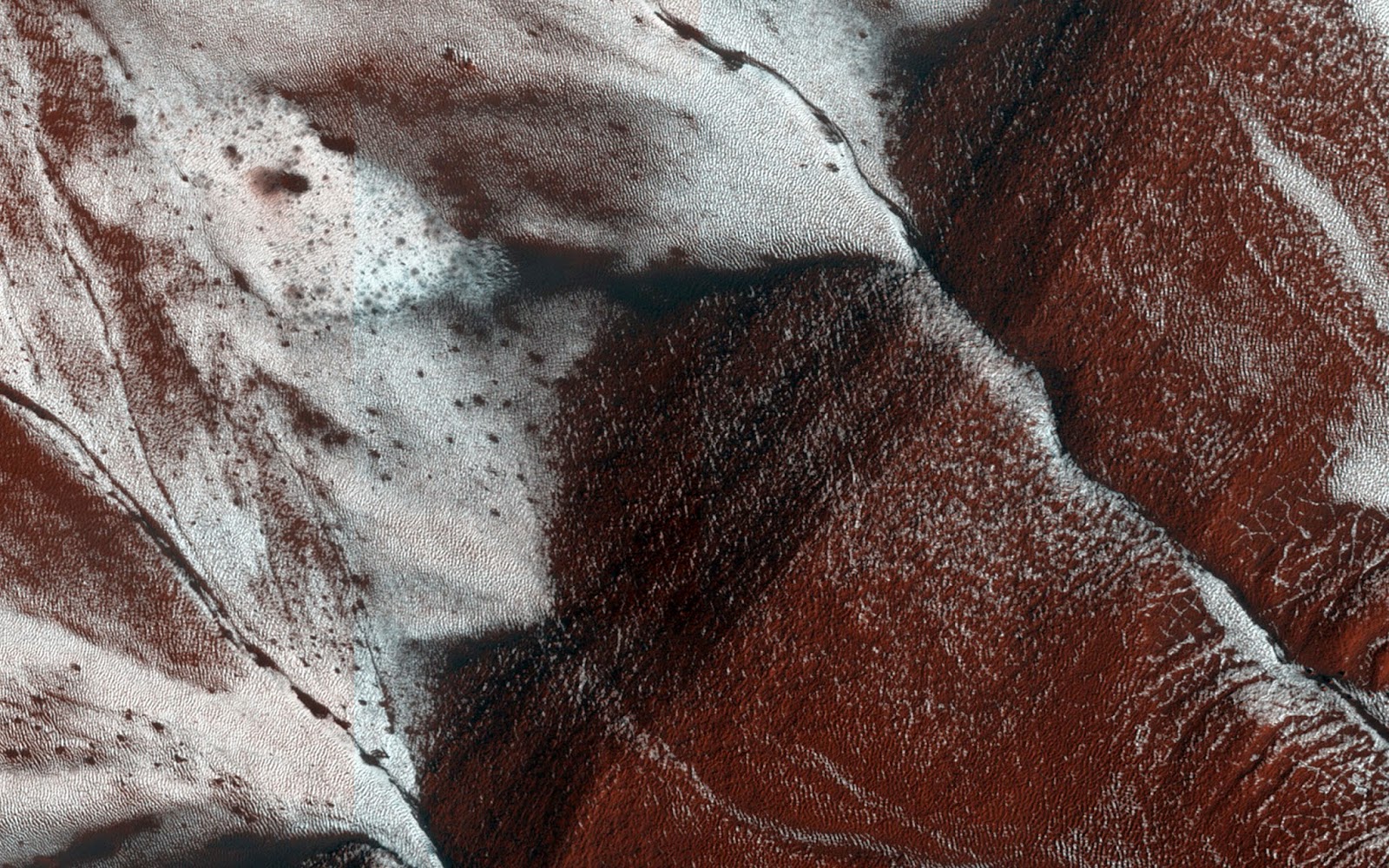 This image of an area on the surface of Mars, approximately 1.5 by 3 kilometers in size, shows frosted gullies on a south-facing slope within a crater.

At this time of year, only south-facing slopes retain the frost, while the north-facing slopes have melted. Gullies are not the only active geologic process going on here. A small crater is visible at the bottom of the slope.