Station Decorated for Holidays as Crew Studies Life in Space

It’s beginning to look like Christmas on the International Space Station. The stockings are out, the tree is up and the station residents continue advanced space research to benefit life on Earth and in space.

A wide array of research work took place Tuesday with scientists on the ground, working in conjunction with the astronaut lab assistants, exploring different fields. 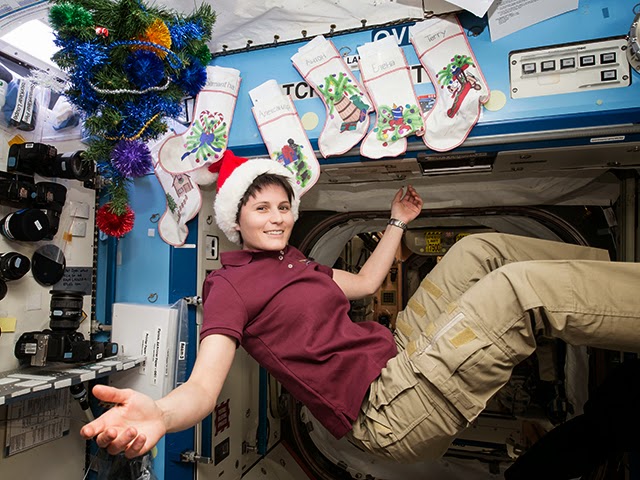 Image above: Italian astronaut Samantha Cristoforetti is in the holiday spirit as the station is decorated with stockings for each crew member and a tree. Image Credit: NASA TV.

Behavioral testing was scheduled Tuesday for the Neuromapping study to assess changes in a crew member’s perception, motor control, memory and attention during a six-month space mission. Results will help physicians understand brain structure and function changes in space, how a crew member adapts to returning to Earth and develop effective countermeasures.

Another study is observing why human skin ages at a quicker rate in space than on Earth. The Skin B experiment will provide scientists a model to study the aging of other human organs and help future crew members prepare for long-term missions beyond low-Earth orbit. 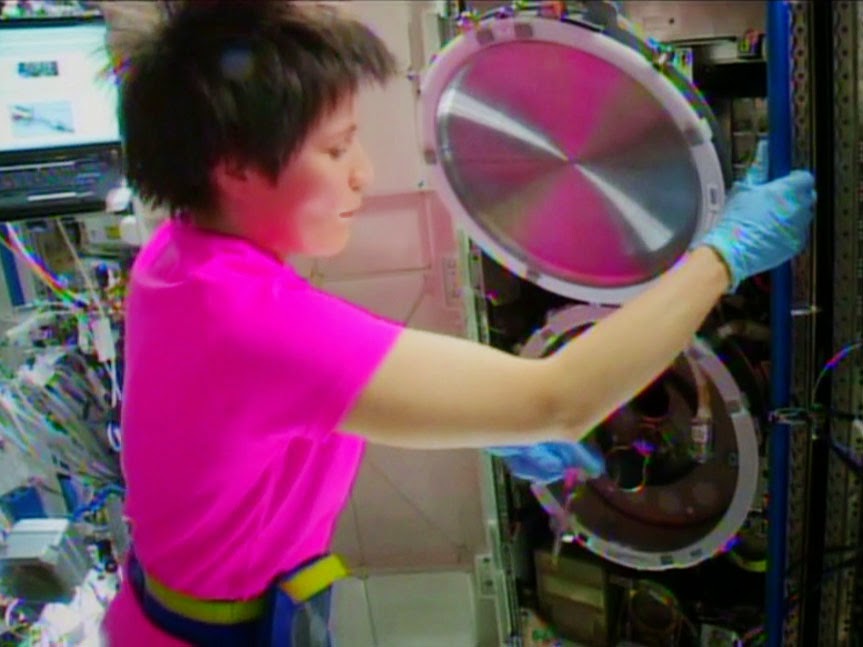 The six Expedition 42 crew members started Christmas week with a replanned schedule after SpaceX postponed its Dragon launch until Jan. 6. The crew would have been unloading new science and cargo from Dragon had it arrived Sunday but instead turned its attention to ongoing science and maintenance. 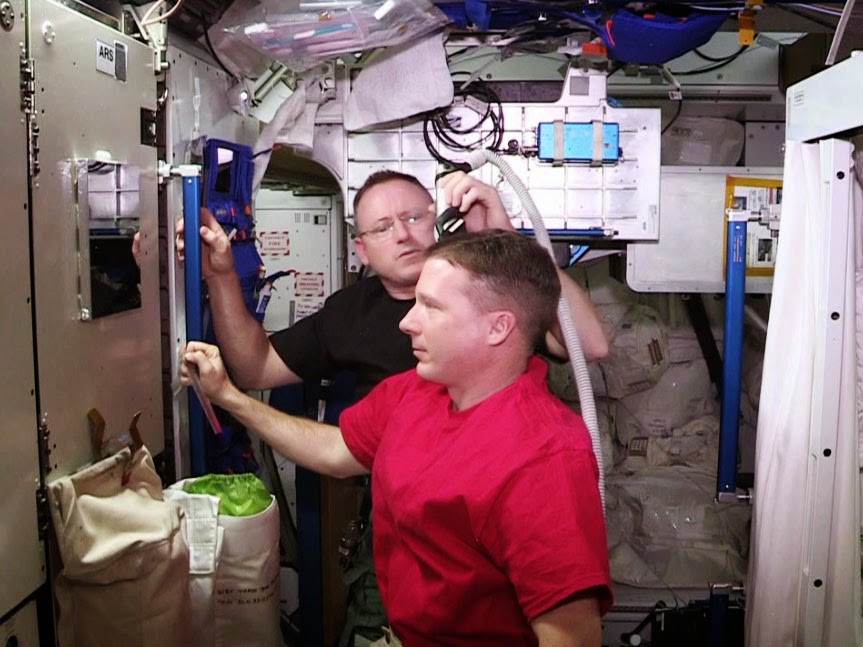 Virts meanwhile continued preparing for the arrival of Dragon as he collected gear to be stowed on the commercial cargo craft for return to Earth. He also packed trash in Europe’s Automated Transfer Vehicle, which will undock in February for a fiery destruction over the Pacific Ocean.

Italian astronaut Samantha Cristoforetti spent a few minutes Monday talking to Giorgio Napolitano, the president of Italy, who was addressing the nation’s military forces. Later, Samantha collected biological samples for stowage in a science freezer and worked inside the Materials Science Laboratory.