The first launch of the heavy rocket class Angara-A5 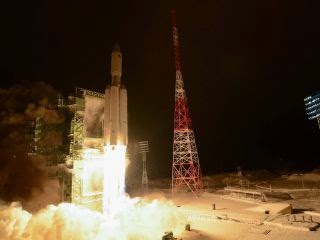 December 23, 2014 at 08:57 Moscow time (05:57 UTC), the first test launch of the carrier rocket Angara-A5 heavy class from the cosmodrome Plesetsk. "This means that Russia will have a new, modern and environmentally friendly medium heavy class", - said the head of Roscosmos Oleg Ostapenko.


Video of the launch of the heavy rocket class Angara-A5

Creating a space rocket complex "Angara" is one of the priorities of the national launch vehicle system entirely based on the use of Russian scientific and industrial potential. 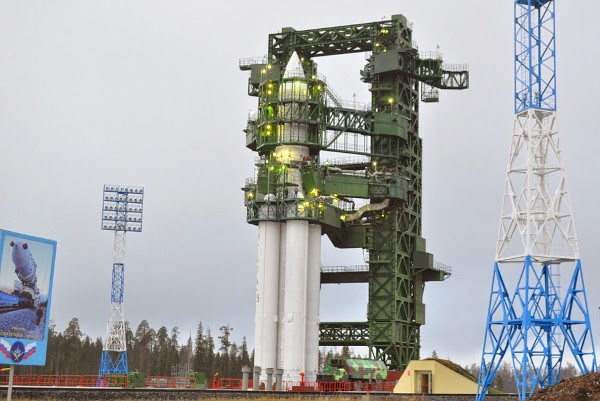 The family of rockets Angara includes light, medium and heavy classes to carrier a payload of 3.8 to 35 tons. The lead developer and manufacturer of Booster is a Federal State Unitary Enterprise "State Research and Production Space Center Khrunichev." "I congratulate all those who were involved in this launch and establishment of the missile - designers, engineers, workers, and the military. Thank you for your selfless work"- added O.N.Ostapenko. 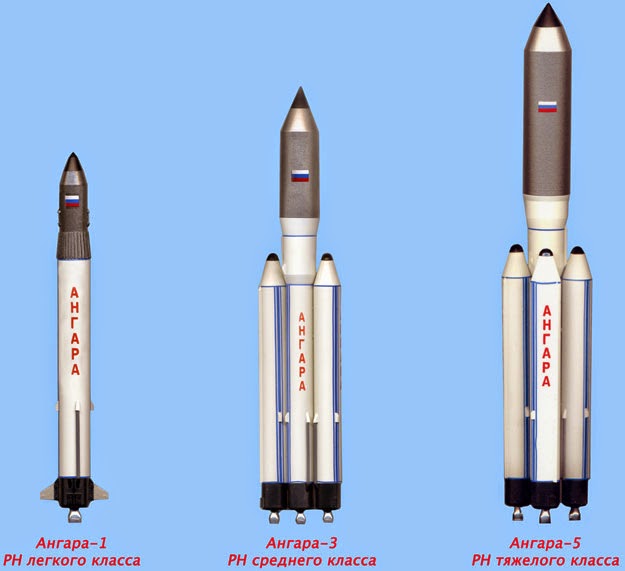 Work on the creation of land-based infrastructure preparation and launch vehicle "Angara" conducted under the Federal Space Program, as well as the "Strategy of innovative development of Russia until 2020" and "Principles of State Policy of the Russian Federation in the field of space activities for the period up to 2030 and Beyond ", approved by the President of the Russian Federation on April 19, 2013 № Pr-906.

The Angara A5 rocket 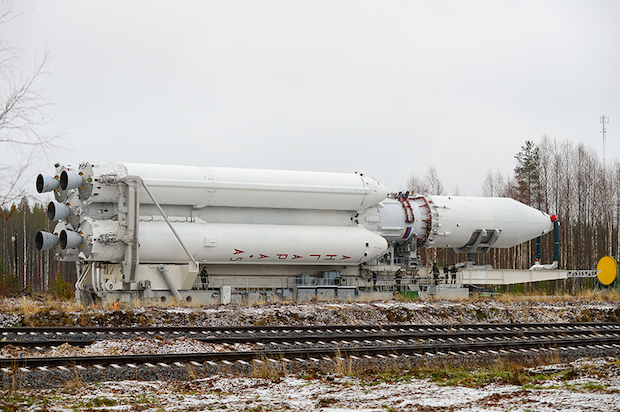 Angara A5 roll out to the launch-pad

In the Angara A5, the four URM-1s used as boosters operate at full thrust for approximately 214 seconds, then separate. The URM-1 forming the vehicle's core is operated at full thrust for lift off, then throttled down to 30% to conserve propellant. The core is throttled back up after the boosters have separated and continues burning for another 110 seconds.