The worst trip around the world 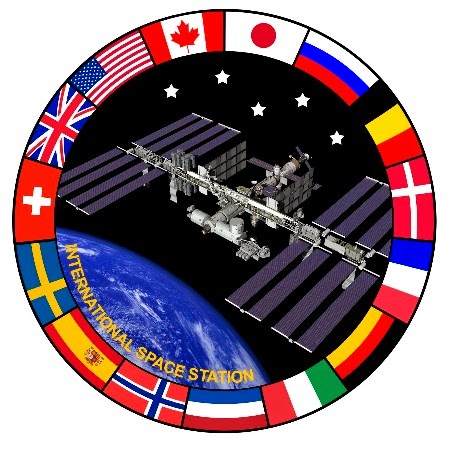 As you celebrate the end of the year in the warmth of your home, spare a thought for the organisms riding with a third-class ticket on the International Space Station – bolted to the outside with no protection against open space. 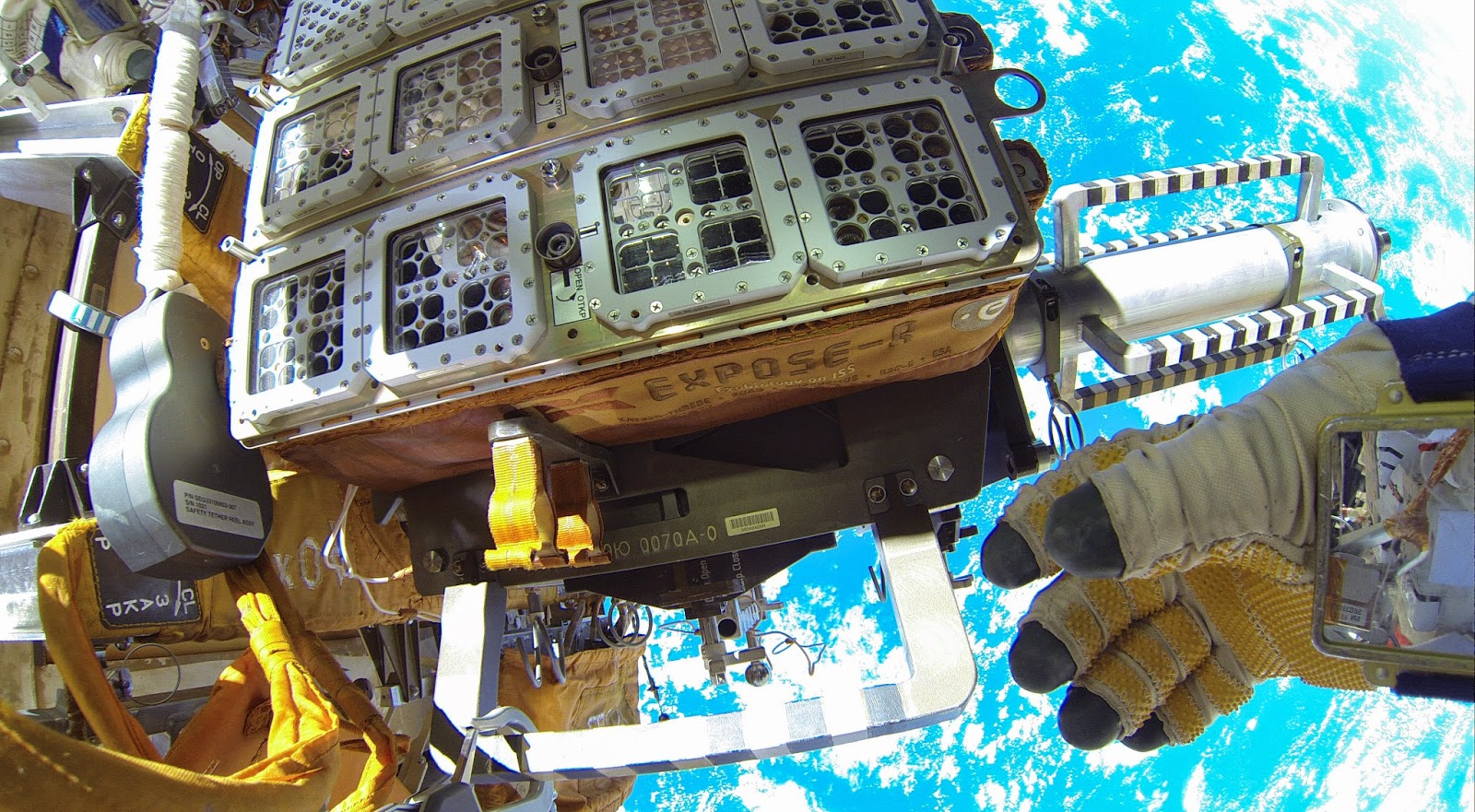 As part of ESA’s Expose-R2 project, 46 species of bacteria, fungi and arthropods were delivered by a Progress supply ship to the Station in July. Spacewalking cosmonauts Alexander Skvortsov and Oleg Artemyev attached the package to the outside of the Zvezda module on 18 August, where it will stay for 18 months.

The vacuum of space is sucking out the water, oxygen and other gases in the samples. Their temperature can drop to –12°C as the Station passes through Earth’s shadow, rising to 40°C at other times, and undergoing a similar process to the freeze-drying used to preserve foods. 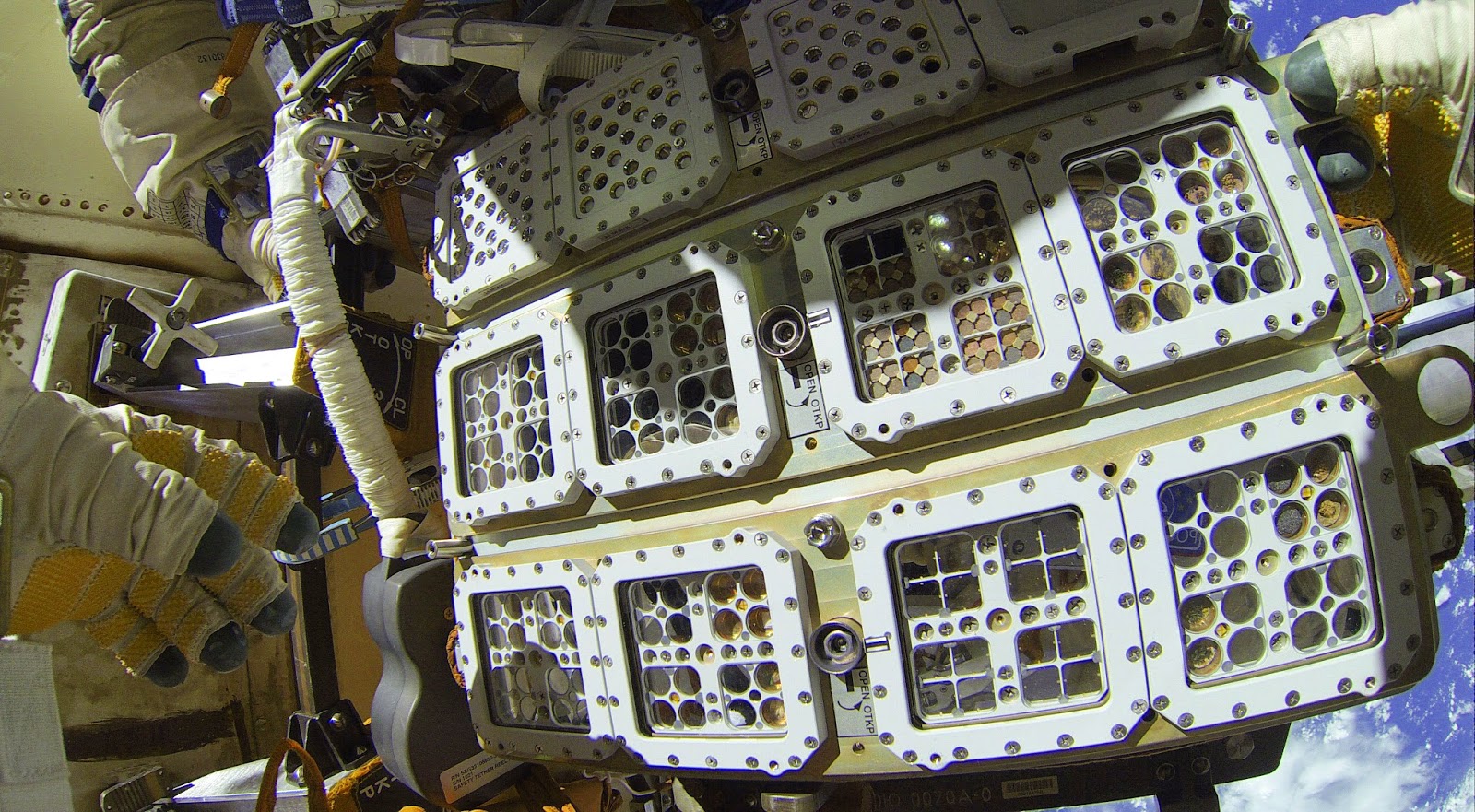 The Expose experiments are exploring the limits of terrestrial life, whether the organisms can survive in space and how the full blast of solar radiation is affecting accompanying chemicals.

Earth is protected from the Sun’s full radiation by our atmosphere filtering out the hard-hitting short wavelengths that are damaging to life. It is difficult to recreate on the ground the full spectrum of the Sun’s light so these experiments in space are the only way to test how biological and material samples behave in conditions beyond Earth. 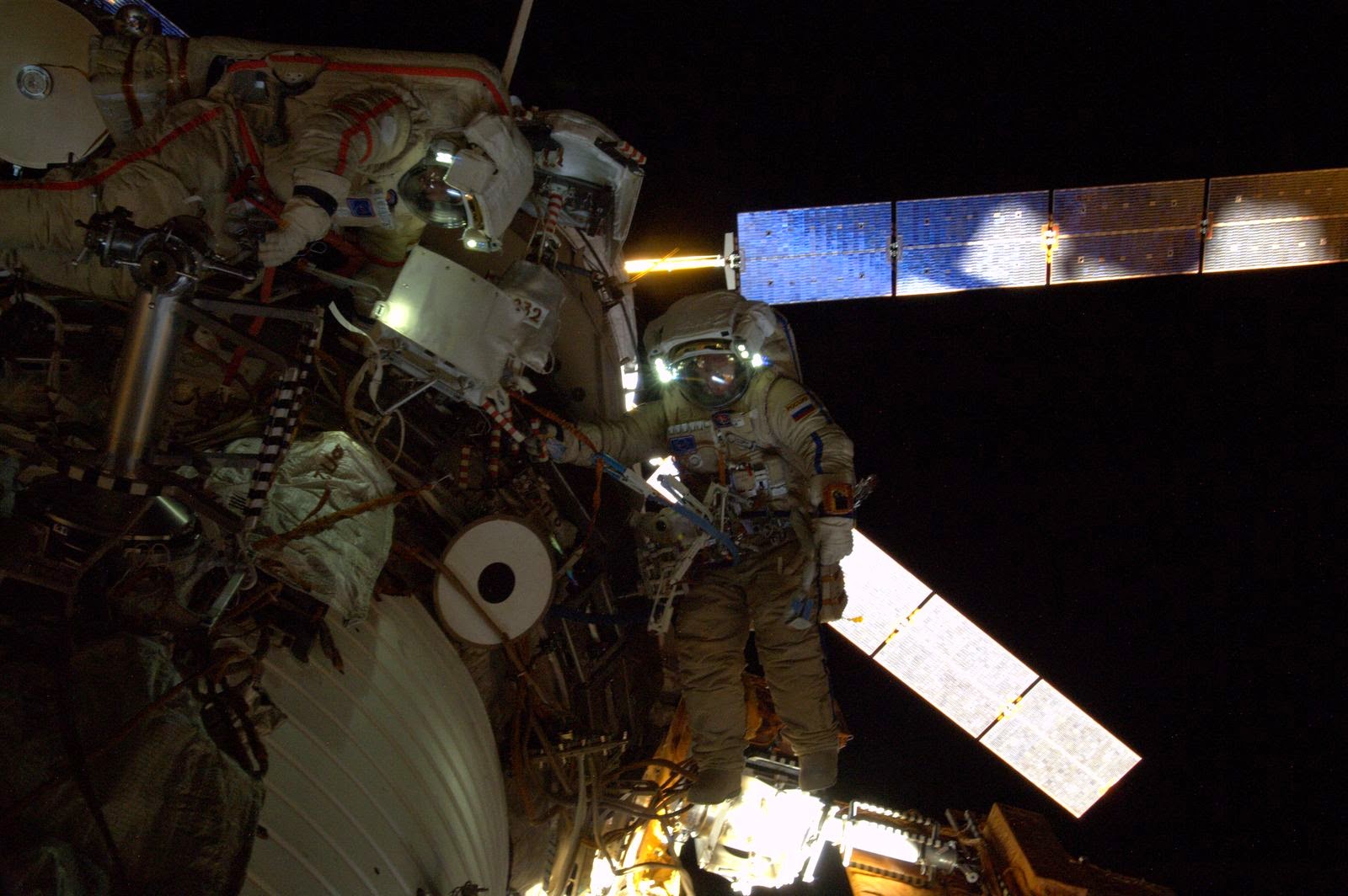 ESA has a long history of testing organisms and organic chemicals in the harsh environment of space. Previous experiments revealed that lichens and water bears can survive spaceflight unprotected, hinting at the possibility of species colonising planets via meteoroids.

Not every sample is suffering the same level of discomfort on its epic ride in space. Expose has special compartments that recreate the martian atmosphere by filtering some sunlight and retaining some pressure. 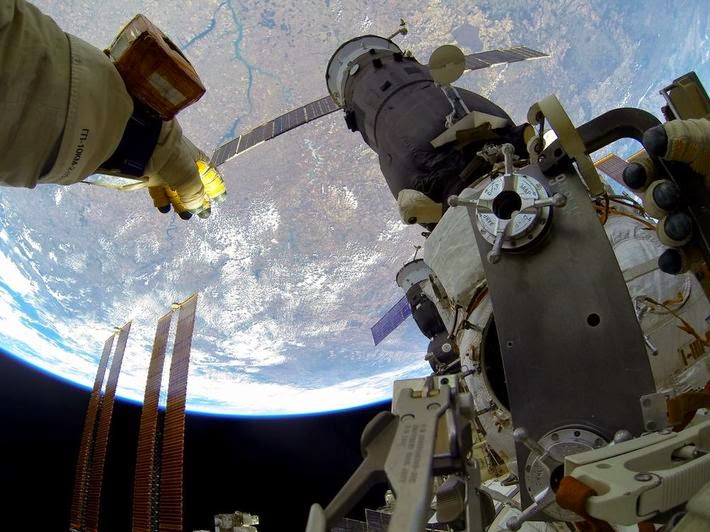 René Demets, ESA’s project scientist for Expose, explains: “The martian sections allow us to investigate to what extent terrestrial life can cope with the extreme conditions on the Red Planet. We hope they will contribute to the discussion about the possibility of life on Mars.”

All the samples are stored in duplicate or even triplicate to strengthen the scientific results when the three trays are returned to Earth in early 2016 for analysis.

Who knows what we will find or even if any of the organisms will have survived possibly the worst voyage around the world.