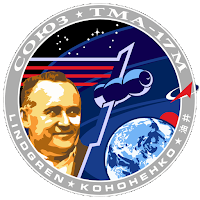 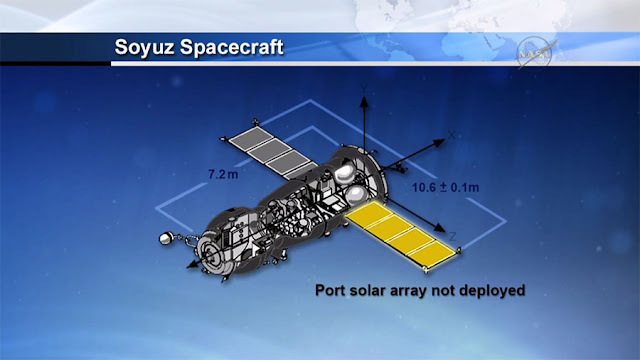 The Soyuz TMA-17M vehicle docked to the International Space Station at 10:45 p.m. EDT, over the ocean near Ecuador.

Aboard the space station, Expedition 44 Commander Gennady Padalka of Roscosmos, as well as Flight Engineers Scott Kelly of NASA and Mikhail Kornienko of Roscosmos will welcome Soyuz crew members Kjell Lindgren of NASA, Oleg Kononenko of the Russian Federal Space Agency (Roscosmos) and Kimiya Yui of the Japan Aerospace Exploration Agency (JAXA) when the hatches between the two spacecraft are opened. 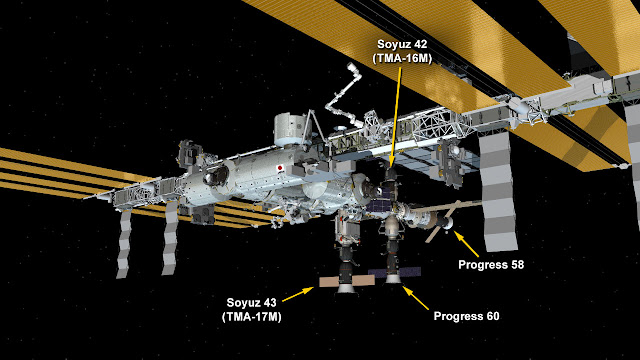 Image above: The International Space Station configuration with the new Soyuz TMA-17M spacecraft docked to the Rassvet module. Credit: NASA. 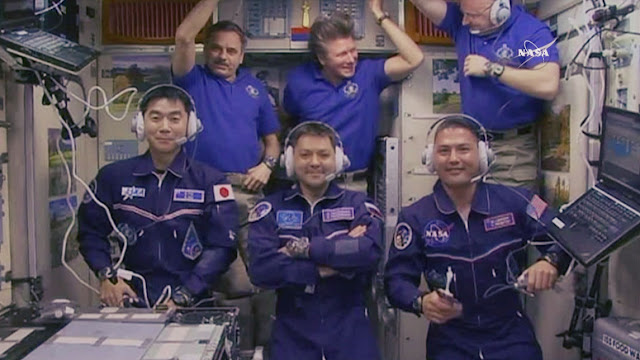 Image above: All six Expedition 44 crew members gathered inside the Zvezda service module for a crew greeting ceremony with new crewmates (front row from left) Kimiya Yui, Oleg Kononenko and Kjell Lindgren. In the back from left are Mikhail Kornienko, Gennady Padalka and Scott Kelly. Credit: NASA TV.

Kjell Lindgren and Kimiya Yiu are now the 217th and 218th people to board the International Space Station. This is the first visit for both Lindgren and Yiu, and the third for Kononenko.