The unique, air-launched vehicle was carried aloft by Orbital’s modified L-1011 aircraft, “Stargazer,” which took off from the Skid Strip runway at Cape Canaveral Air Force Station in Florida and deployed the three-stage Pegasus XL rocket at a predetermined drop point 39,000 feet above the Atlantic Ocean and about 110 nautical miles east-northeast of Daytona Beach. 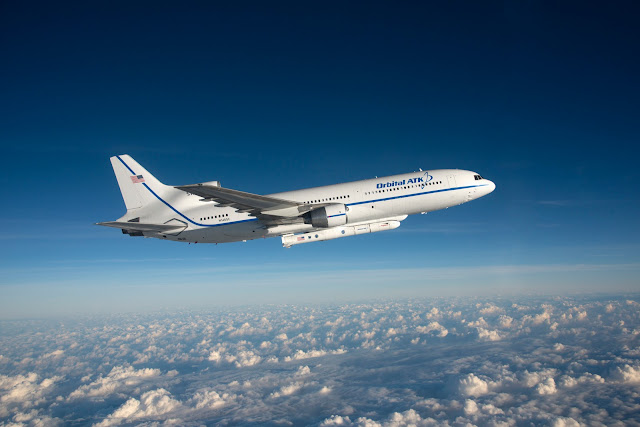 “We think everything looks really, really good. About three hours after launch we’ll attempt first contact, and after that, we’ll go through a series of four contacts where we hit two [observatories] each time, checking the health and status of each spacecraft,” Scherrer added. 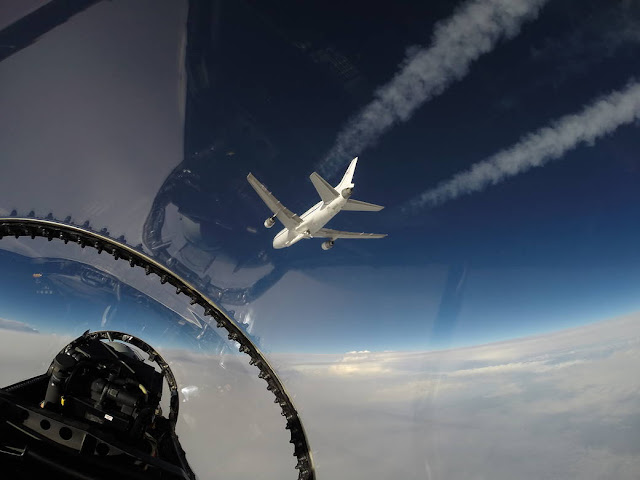 The chase plane took to the skies minutes before the Stargazer went airborne at 7:38 a.m.

“It’s a beautiful day, with gorgeous weather,” Dunn said. “We had a nominal flyout, and all three stages performed beautifully. We had no issues at all with launch vehicle performance.”

Only 13 minutes after launch, the first pair of CYGNSS microsatellites deployed, with the rest releasing in pairs every 30 seconds.

“It’s a great event when you have a successful spacecraft separation – and with eight microsatellites, you get to multiply that times eight,” Dunn said.

“When the first two [observatories] came off, I started feeling good,” said CYGNSS Principal Investigator Chris Ruf of the University of Michigan. “When the last two came off, it felt fantastic. The orbit is right on the money of what we’ve been modeling.”

The team expects to begin getting science data next week, Ruf said. There will be a one- to two-month commissioning phase in which each microsatellite will be checked out and maneuvered into its final position.

The CYGNSS constellation is expected to be operational in time for the 2017 hurricane season. “Thanks, Pegasus and NASA, for a smooth ride,” Scherrer said.