The more solar observatories, the merrier: Scientists have developed new models to see how shocks associated with coronal mass ejections, or CMEs, propagate from the Sun — an effort made possible only by combining data from three NASA satellites to produce a much more robust mapping of a CME than any one could do alone.

Much the way ships form bow waves as they move through water, CMEs set off interplanetary shocks when they erupt from the Sun at extreme speeds, propelling a wave of high-energy particles. These particles can spark space weather events around Earth, endangering spacecraft and astronauts.

Understanding a shock’s structure — particularly how it develops and accelerates — is key to predicting how it might disrupt near-Earth space. But without a vast array of sensors scattered through space, these things are impossible to measure directly. Instead, scientists rely upon models that use satellite observations of the CME to simulate the ensuing shock’s behavior.

Video above: Using data from three different satellites, scientists have developed new models that recreate, in 3-D, CMEs and shocks, separately. This movie illustrates the recreation of a CME and shock that erupted from the Sun on March 7, 2011. The pink lines show the CME structure and the yellow lines show the structure of the shock - a side effect of the CME that can spark space weather events around Earth. Video Credits: NASA’s Goddard Space Flight Center/GMU/APL/Joy Ng. 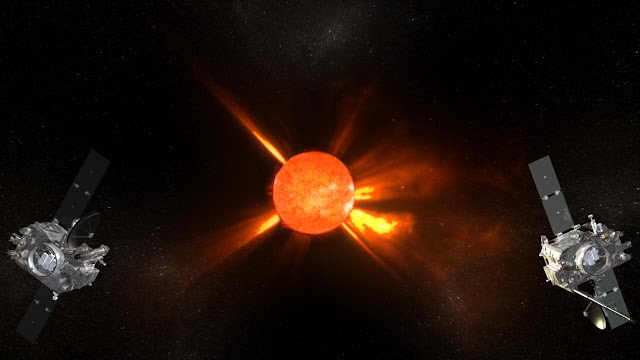 Each spacecraft’s observations alone weren’t sufficient to model the shocks. But with three sets of eyes on the eruption, each of them spaced nearly evenly around the Sun, the scientists could use their models to recreate a 3-D view. Their work confirmed long-held theoretical predictions of a strong shock near the CME nose and a weaker shock at the sides. 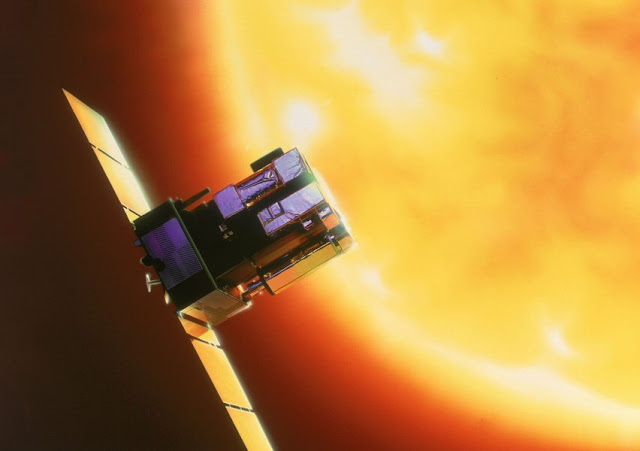 In time, shocks travel away from the Sun, and thanks to the 3-D information, the scientists could reconstruct their journey through space. The modeling helps scientists deduce important pieces of information for space weather forecasting — in this case, for the first time, the density of the plasma around the shock, in addition to the speed and strength of the energized particles. All of these factors are key to assessing the danger CMEs present to astronauts and spacecraft. Their results are summarized in a paper published in the Journal of Space Weather and Space Climate published on Feb. 13, 2018.