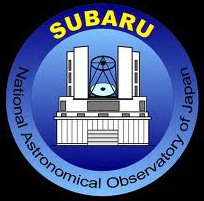 Using infrared data from the Subaru Telescope in Hawaii, an international team of astronomers has imaged a giant planet around the bright star GJ 504. Several times the mass of Jupiter and similar in size, the new world, dubbed GJ 504b, is the lowest-mass planet ever detected around a star like the sun using direct imaging techniques. 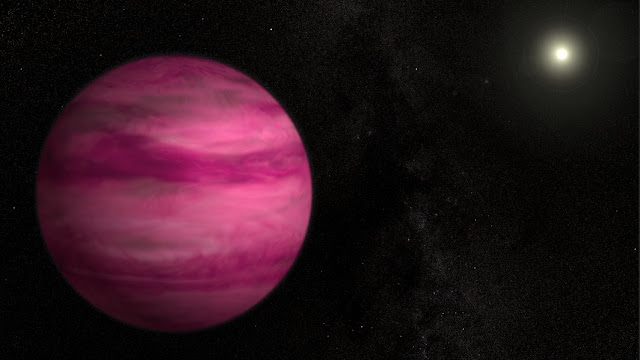 Image above: Glowing a dark magenta, the newly discovered exoplanet GJ 504b weighs in with about four times Jupiter's mass, making it the lowest-mass planet ever directly imaged around a star like the sun. Image Credit: NASA's Goddard Space Flight Center/S. Wiessinger.

"If we could travel to this giant planet, we would see a world still glowing from the heat of its formation with a color reminiscent of a dark cherry blossom, a dull magenta," said Michael McElwain, a member of the discovery team at NASA's Goddard Space Flight Center in Greenbelt, Md. "Our near-infrared camera reveals that its color is much more blue than other imaged planets, which may indicate that its atmosphere has fewer clouds."

GJ 504b orbits its star at nearly nine times the distance Jupiter orbits the sun, which poses a challenge to theoretical ideas of how giant planets form. 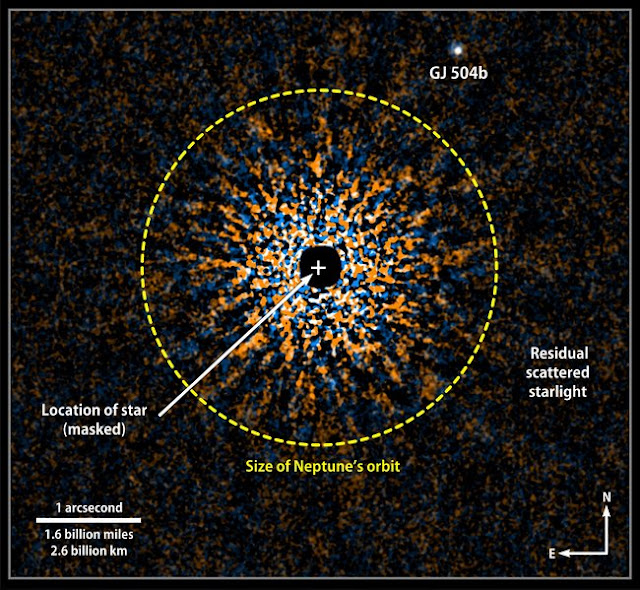 According to the most widely accepted picture, called the core-accretion model, Jupiter-like planets get their start in the gas-rich debris disk that surrounds a young star. A core produced by collisions among asteroids and comets provides a seed, and when this core reaches sufficient mass, its gravitational pull rapidly attracts gas from the disk to form the planet.

While this model works fine for planets out to where Neptune orbits, about 30 times Earth's average distance from the sun (30 astronomical units, or AU), it's more problematic for worlds located farther from their stars. GJ 504b lies at a projected distance of 43.5 AU from its star; the actual distance depends on how the system tips to our line of sight, which is not precisely known.

"This is among the hardest planets to explain in a traditional planet-formation framework," explained team member Markus Janson, a Hubble postdoctoral fellow at Princeton University in New Jersey. "Its discovery implies that we need to seriously consider alternative formation theories, or perhaps to reassess some of the basic assumptions in the core-accretion theory."

The research is part of the Strategic Explorations of Exoplanets and Disks with Subaru (SEEDS), a project to directly image extrasolar planets and protoplanetary disks around several hundred nearby stars using the Subaru Telescope on Mauna Kea, Hawaii. The five-year project began in 2009 and is led by Motohide Tamura at the National Astronomical Observatory of Japan (NAOJ). 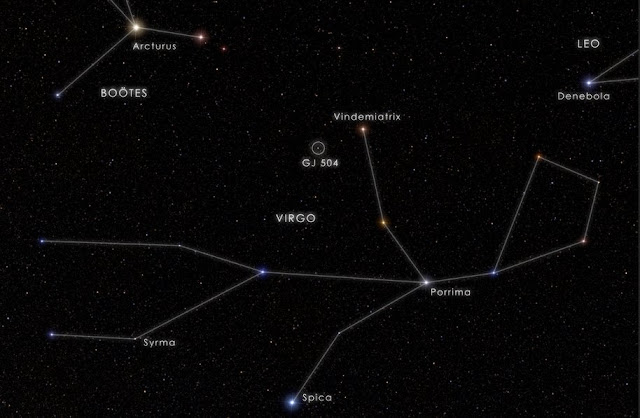 Image above: This chart locates the fifth-magnitude star GJ 504, also known as 59 Virginis, which is visible to the unaided eye from suburban skies. Image Credit: NASA’s Goddard Space Flight Center.

While direct imaging is arguably the most important technique for observing planets around other stars, it is also the most challenging.

"Imaging provides information about the planet’s luminosity, temperature, atmosphere and orbit, but because planets are so faint and so close to their host stars, it's like trying to take a picture of a firefly near a searchlight," explained Masayuki Kuzuhara at the Tokyo Institute of Technology, who led the discovery team.

The SEEDS project images at near-infrared wavelengths with the help of the telescope's novel adaptive optics system, which compensates for the smearing effects of Earth's atmosphere, and two instruments: the High Contrast Instrument for the Subaru Next Generation Adaptive Optics and the InfraRed Camera and Spectrograph. The combination allows the team to push the boundary of direct imaging toward fainter planets.

A paper describing the results has been accepted for publication in The Astrophysical Journal and will appear in a future issue. 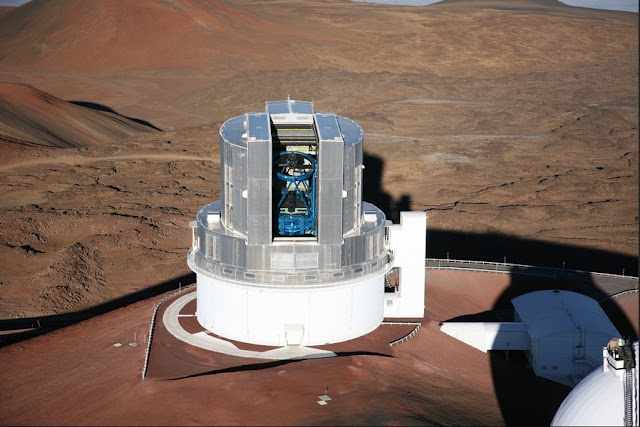 The researchers find that GJ 504b is about four times more massive than Jupiter and has an effective temperature of about 460 degrees Fahrenheit (237 Celsius).

It orbits the G0-type star GJ 504, which is slightly hotter than the sun and is faintly visible to the unaided eye in the constellation Virgo. The star lies 57 light-years away and the team estimates the systems is about 160 million years, based on methods that link the star's color and rotation period to it age.

Young star systems are the most attractive targets for direct exoplanet imaging because their planets have not existed long enough to lose much of the heat from their formation, which enhances their infrared brightness.

"Our sun is about halfway through its energy-producing life, but GJ504 is only one-thirtieth its age," added McElwain. "Studying these systems is a little like seeing our own planetary system in its youth."

List of imaged exoplanets in The Extrasolar Planets Encyclopaedia: http://exoplanet.eu/catalog/?f=%22imaging%22+IN+detection